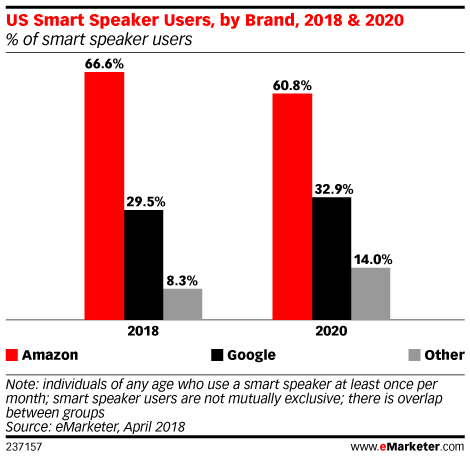 While Amazon’s Echo is the most popular smart speaker in the US, it’s losing share as speaker rivalry heats up.

Google’s devices and software are growing quickly, likely because they’re available in more countries and languages than Amazon’s.

Meanwhile, big tech companies in China, like Alibaba and Xiaomi, are also strong contenders, said eMarketer principal analyst Victoria Petrock. “And it’s safe to assume that Facebook is going to fight back hard as well. I wouldn’t count anyone out,” she added. Read the rest at eMarketer.