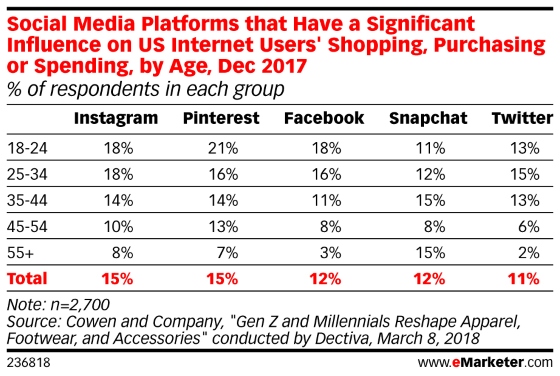 When the first wave of social commerce arrived—mostly reproducing ecommerce catalogs on Facebook—critics predicted it would fail because users didn’t want to shop where they socialized.

More than half a decade later, most social media users still don’t turn to social platforms to make direct buys. Now it’s all about influence, social ads and a multi-channel path to purchase.

Most social media platforms had a “significant influence” on the shopping behavior of only a small minority of US internet users surveyed by Cowen and Company in December 2017. Younger users did cite generally higher levels, but figures never rose above 21% of respondents ages 18 to 24 highly influenced by Pinterest. Read the rest at eMarketer.