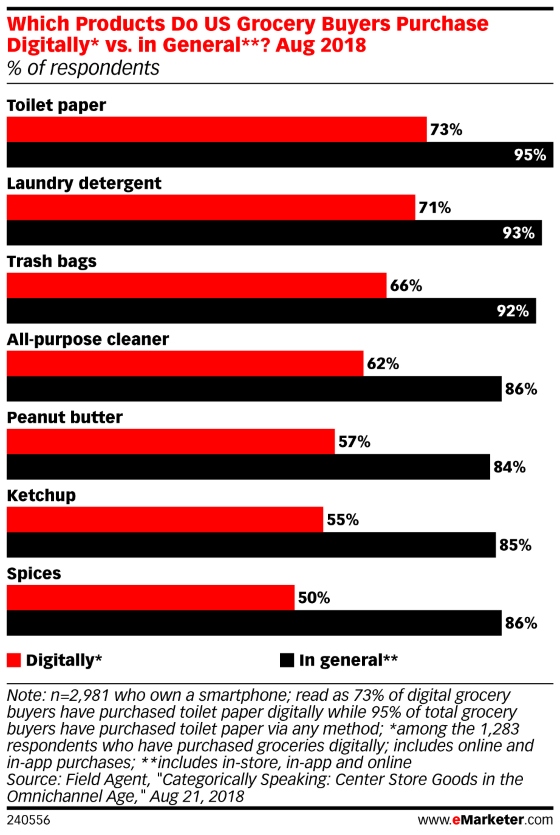 Field Agent surveyed US online grocery shoppers in August 2018 after they made a minimum $30 purchase either for delivery or pickup. Fully 63% had bought center store groceries during that shopping session. Dairy and eggs (38%), meat (29%) and fresh produce (29%) had lower purchase levels.

But it doesn’t appear that center store groceries are being bought online at the same rate as in-store. There was a gap when comparing behavior between online and in-store grocery shoppers. For example, toilet paper was the leading product bought by all shoppers, but there was a 22-percentage-point difference between in-store and online. Read the rest at eMarketer.