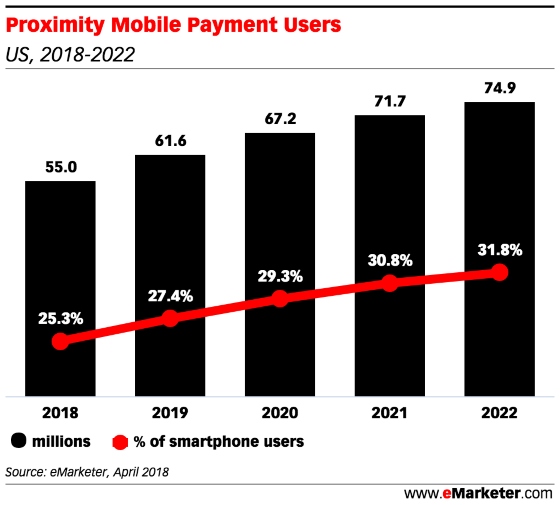 Biometric payments—scanning an iris or veins in a palm—seem like science fiction, but it’s a growing reality around the world.

Due to the ubiquity of smartphones, the need for faster and more accurate logins has arisen and using fingerprints rather than typing passwords is now an accepted norm. Payments using biometric markers is a logical next step, but mobile payments in general haven’t swept the nation.

According to a Transaction Network Services (TNS) and Kantar TNS survey of consumers in the UK, the US and Australia in March 2018, just 14% of US respondents said they had made a biometric payment in the past year. Overall, more men than women had used this tech (19% vs. 12%), and younger consumers were more willing to experiment with it. One-quarter of 18- to 24-year-olds thought biometric payments would be acceptable, compared with just 3% of those 55 to 64. Read the rest at eMarketer.