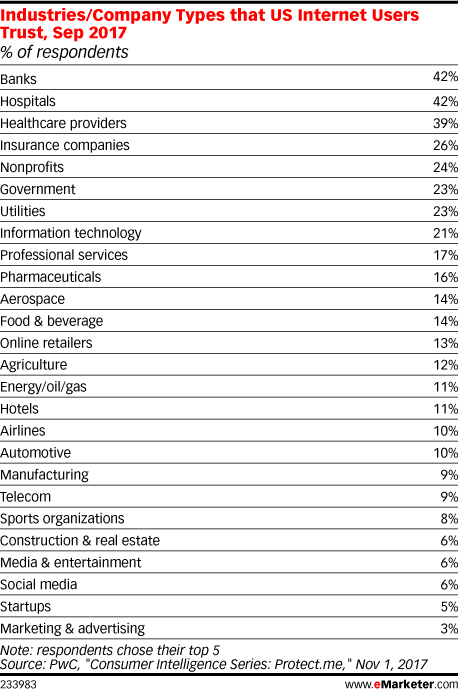 Consumers are more likely to trust banks—and even insurance firms—than marketing or advertising companies. That’s according to a September 2017 PwC survey, which found that just 6% of US internet users said they trusted media and entertainment companies. Similarly, 6% said they trusted social media. But dead last was trust for marketing and advertising firms, at only 3%.

Meanwhile, “the media” is widely held in disregard. A March 2018 survey from Monmouth University found that 77% of Americans said they believe mainstream media reports fake news, with another 31% of respondents believing fake news is reported regularly.

A Gallup-Knight Foundation longitudinal survey revealed that overall trust in media declined by over 20 percentage points between 1997 and 2016—from 53% (a majority) to only 32%. Read the rest at eMarketer.