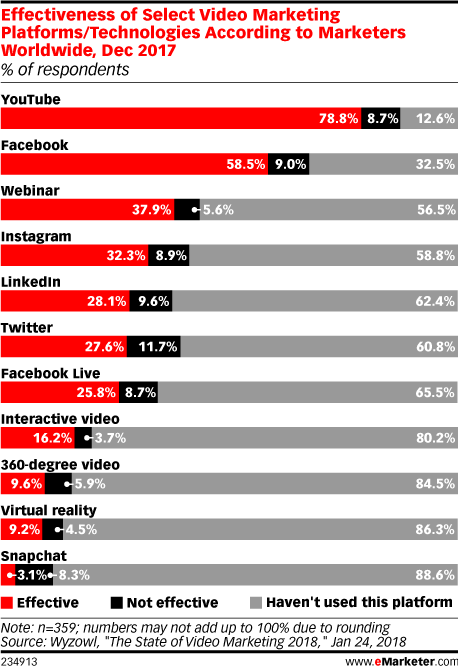 Google and Facebook’s grip on the digital advertising ecosystem also extends soundly into the realm of digital video, according to new research from Wyzowl.

The company, which creates animated explainer videos, conducted a worldwide survey of marketers in December 2017, finding that YouTube and Facebook were considered the first- and second-most effective video platforms for marketing—in that order.

Instagram, LinkedIn and Twitter were middle-of-the-pack finishers when it came to effectiveness. But one interesting result was that Snapchat was in last place for usage. Nearly 90% of respondents said they’d never used Snapchat’s video advertising features. Read the rest at eMarketer.