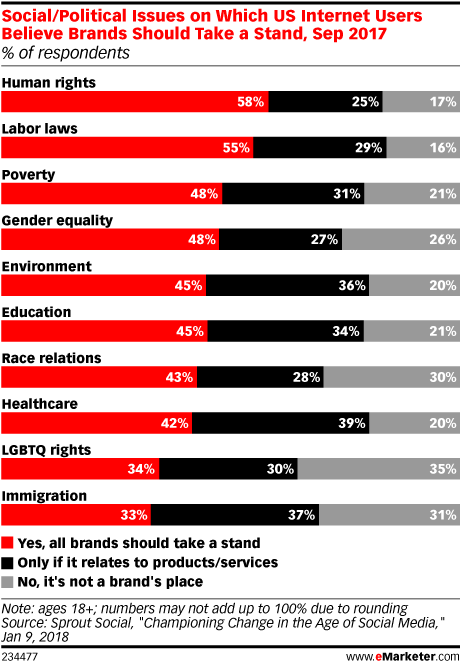 But new research suggests that, in a polarized political climate, at least some consumers want the firms they buy from to reflect their own values.

Sprout Social surveyed some 1,000 US internet users last September to find that two-thirds want brands to take a stand on social and political issues.

Respondents to Sprout Social’s poll felt most strongly about human rights: Nearly six in 10 (58%) of those polled thought brands should take a position on the issue no matter what. That figure rose to 83% when combined with those who wanted companies to take a stance only if it related to their products or services. Read the rest at eMarketer.