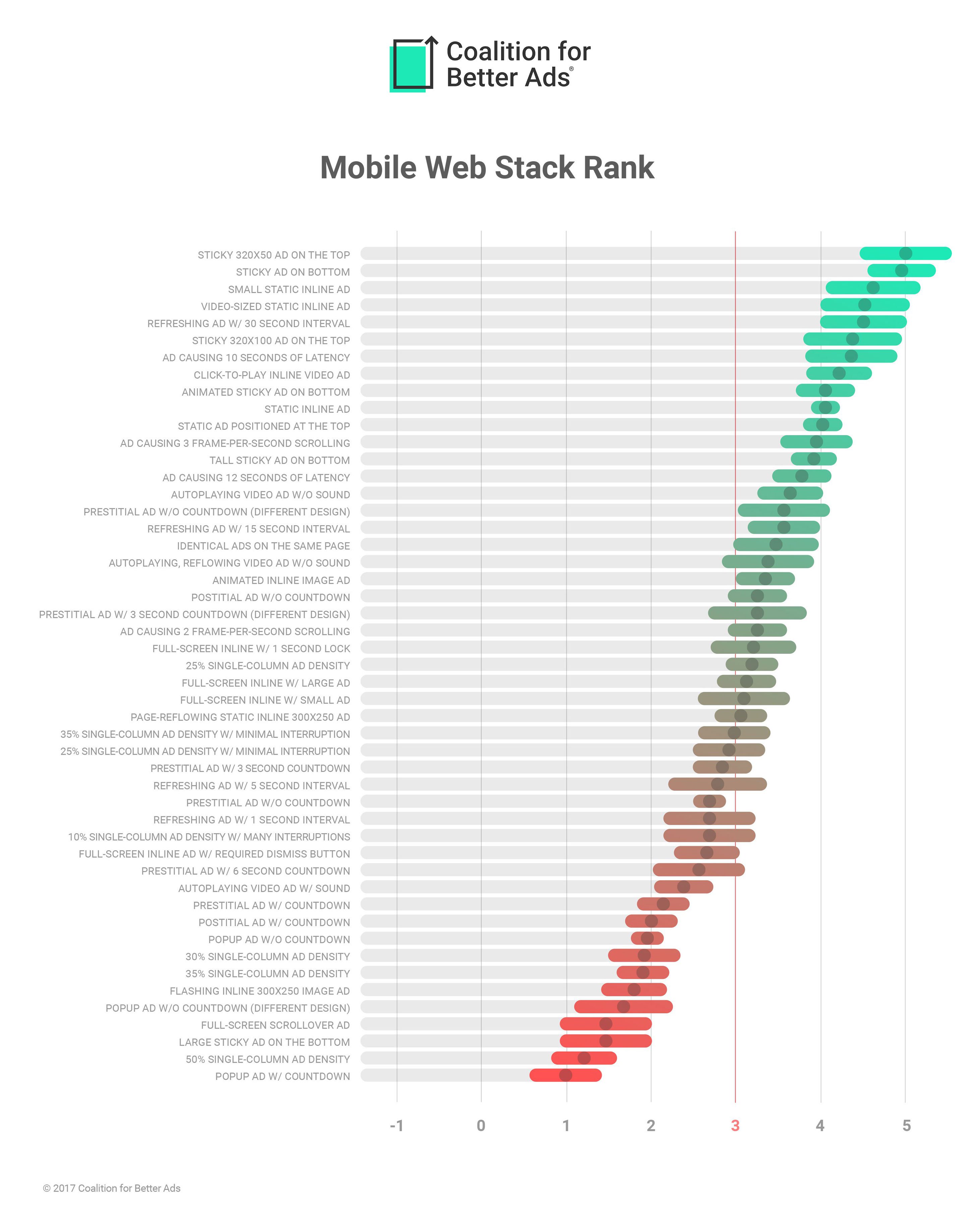 Google is using the Coalition for Better Ads’ Better Ads Standards for determining what makes an obnoxious ad experience for users. Examples include video ads that play at full volume, flashing display ads, popups with hard-to-find exit buttons and prestitial ads that block users from seeing content on the page.

An example of an ad experience that didn’t make the annoying list is anchor ads which remain at the bottom or top of the screen as users scroll. Based on surveys of 25,000 internet users in North America and Europe conducted by the Coalition (though namely by Google), roughly 85 percent of mobile users surveyed said they found anchor ads only a little annoying or not annoying at all. Read the rest at Marketing Land.