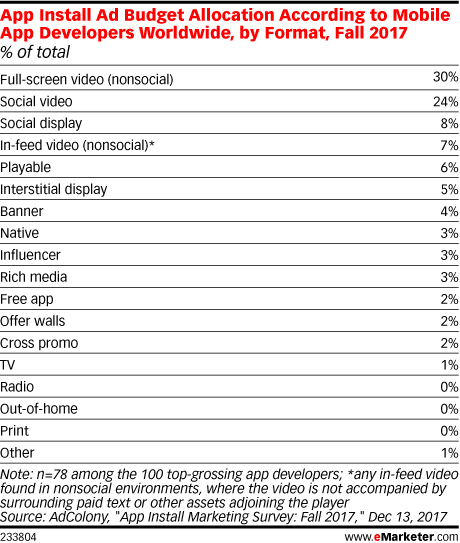 Marketers running app install campaigns certainly have no shortage of options when it comes to allocating their budgets.

But new data from AdColony found that mobile app developers worldwide were directing the majority of their install marketing budgets to video.

When added together, various types of video made up 61% of app install budget allocation in fall 2017.

Most of that—30%—was directed toward full-screen video, while 24% of app install ad spending went to social video. In-feed video accounted for substantially less than either of those, at 7%. Read the rest at eMarketer.