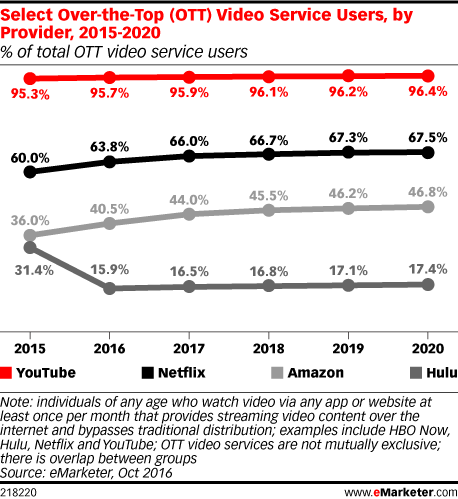 The grandfather of the digital video space is still looking pretty youthful. Despite an increasingly competitive digital video space that is packed with new (and successful) properties, usage of YouTube remains strong and the unit continues to be an important part of parent company Alphabet’s portfolio.

Alphabet reported that its fourth-quarter revenue was up 22% year over year, and cited YouTube, as well as mobile search, for the performance.