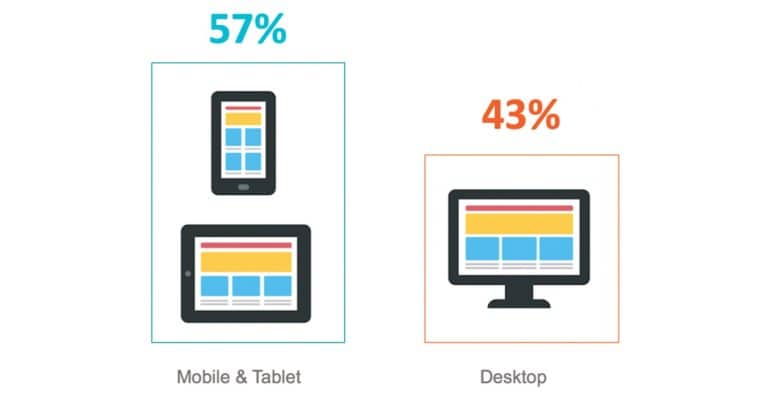 In early February 2010 Eric Schmidt, CEO of Google, first predicted the impending mobile-first phenomenon. The journey to a mobile-first world has taken place rather quickly since then with an explosion of activity over the past three years. It has now become clear to the rest of the marketing industry just how accurate his predictions had been.

BrightEdge reports that 57% of search traffic is now coming from mobile devices.

The BrightEdge Mobile First report also discovered ranking positions for a vast majority of queries were different depending on which type of device the search was executed on.

79% of all search phrases rank differently on desktop versus mobile; 47% of those being in positions one through twenty. Get the Report.