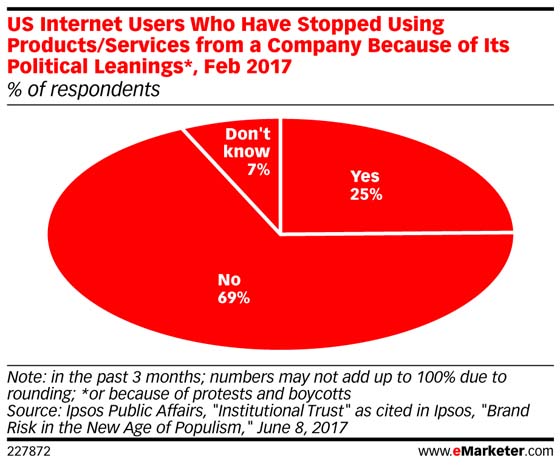 According to a new study from market research company Ipsos, one in four US internet users have stopped using products or services from a company in the last three months because of its political leanings or because of protests or boycotts.

Taken as a whole, boycotting is not the tool solely of the left or the right. But individual boycotts often have a clear partisan edge. For example, the study found a Republican skew among those who said they had boycotted Nordstrom, which made headlines when it announced it would no longer carry Ivanka Trump’s products.

On the other hand, the study found a distinct Democratic skew among those who said they had boycotted L.L. Bean and Under Armour, two companies where senior executives drew attention for support for Donald Trump. Read the rest at eMarketer.