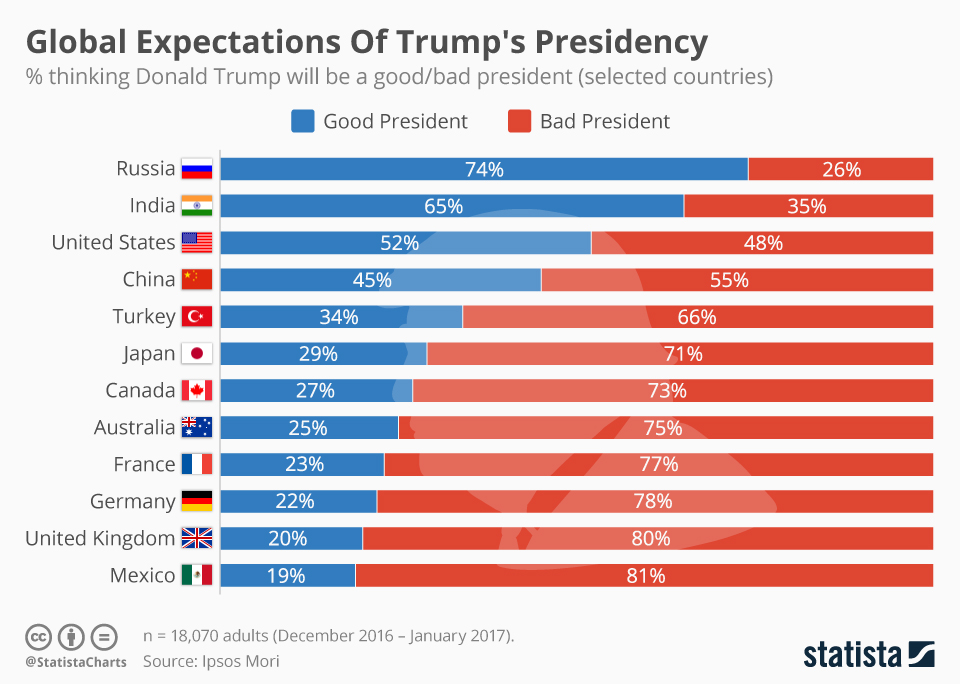 An Ipsos MORI poll has found that the majority of countries worldwide have low expectations of Donald Trump’s impending stint in the White House. 18,000 people were polled in 24 countries and only 34 percent of them think the former business mogul will make a good president. People in Mexico are particularly grim about the next four years with 81 percent of them saying that Trump will be a bad president. Read the rest at Statista.