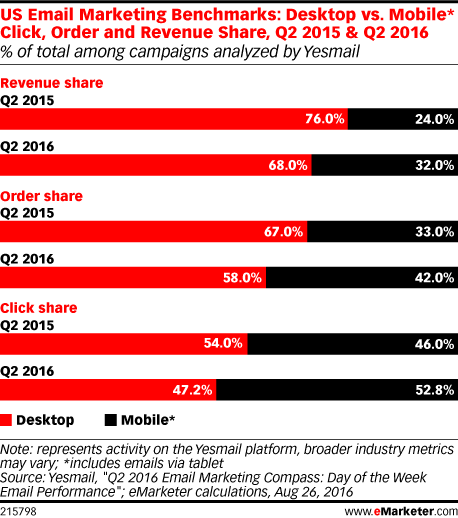 In August, Yesmail reported results from about 7 billion emails sent by its clients within various industries, though largely retail-focused, during Q2 2016.

Compared to a year earlier, mobile’s role was more prominent across several metrics. Mobile devices—including tablets—accounted for more clicks, more order and more revenues in Q2 2016 than they had a year earlier. The biggest gain in terms of share of the total was in orders, which tilted 9 percentage points further toward mobile this year.

Most notably, while desktops still account for most orders and revenues, mobile did outperform desktop in terms of clicks at 52.8% to 47.2%. Read the rest at eMarketer.