A new global study by Kantar Millward Brown illustrates the attitudes Generation Xers, Millennials and the youngest generation have toward various advertising formats. The study included 39 countries and 23,907 interviews, so, while it represents a massive data set, it’s definition of generations is somewhat problematic.

That said, it remains illuminating none the less.

Interesting that both Gen Xers and the youngest generation hate mobile pop-up ads. The newest generation also has little tolerance for auto-play formats, which will hopefully server to kill off one of the most obnoxious forms of online ads. 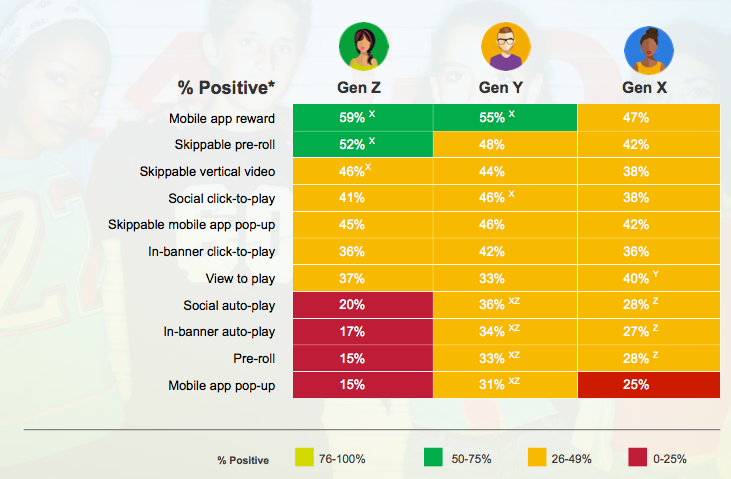