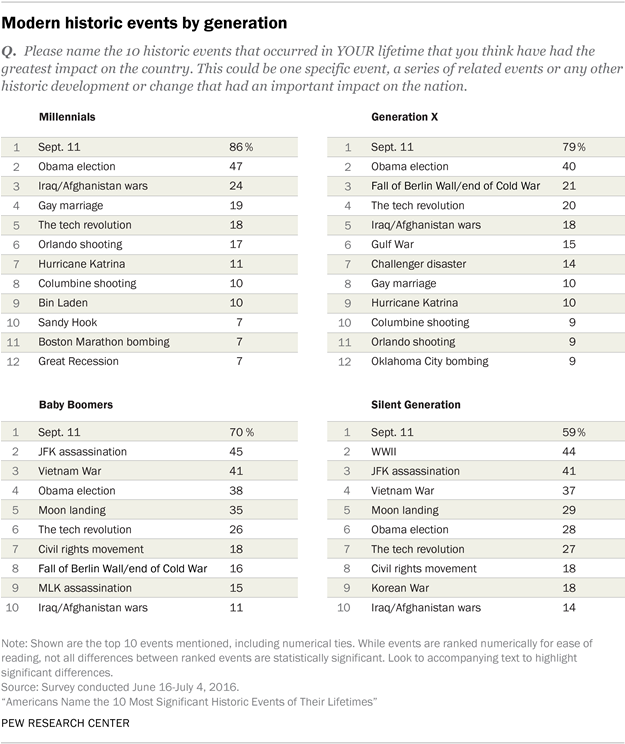 The perceived historic importance of the attacks on New York and the Pentagon, span virtually every traditional demographic divide. Majorities of men and women, Millennials and Baby Boomers, Americans with college degrees and those without a high school diploma rate 9/11 as one of the 10 most historically significant events to occur during their lifetime. And while they seem to agree on little else this election year, the survey finds that more than seven-in-ten Republicans and Democrats name the attacks as one of their top 10 historic events. Read the Rest at PewResearchCenter.