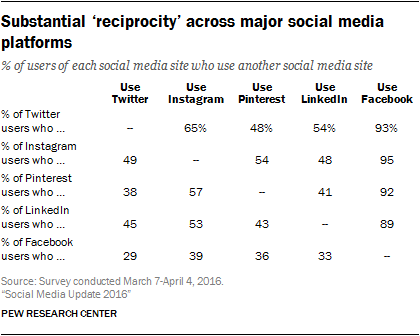 Social media users continue to use a relatively diverse array of platforms. More than half of online adults (56%) use more than one of the five social media platforms measured in this survey, a share that is statistically unchanged from the 52% who did so in 2014.