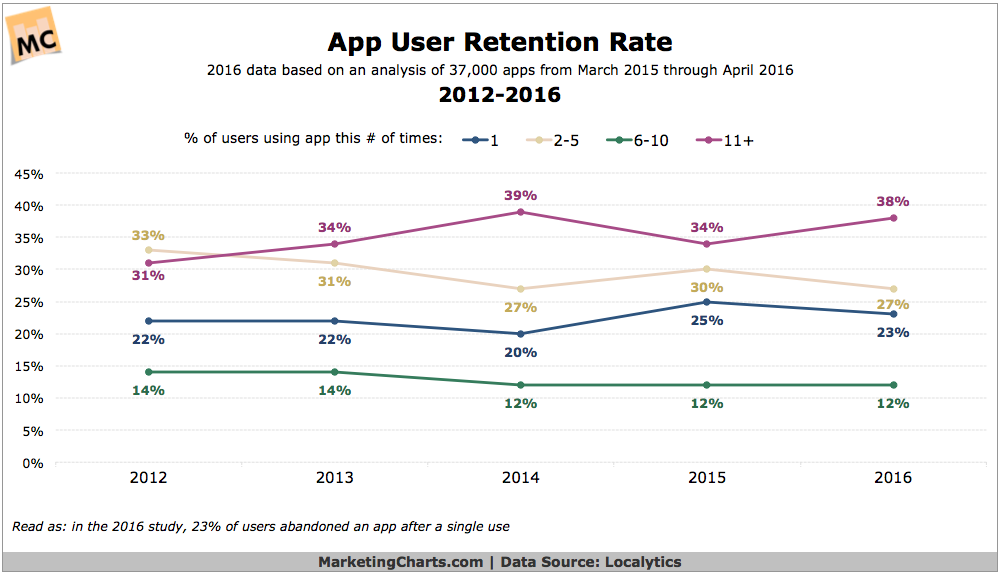 Mobile app use is highly concentrated, as recent data from comScore shows that mobile users spend the majority of their app time with their single favorite one. And while Nielsen data shows that time spent with smartphone apps is increasing, the number of apps that smartphone users typically access hasn’t really budged in the past few years. Now, Localytics provides some more context, detailing mobile app user retention rates in its latest annual study on this topic.

The Localytics data shows that almost 1 in 4 users (23%) abandon an app after a single use. This figure remains squarely within the 20-25% range observed from 2012 onwards, suggesting that either apps are not doing enough to engage users, or that this is simply typical user behavior.