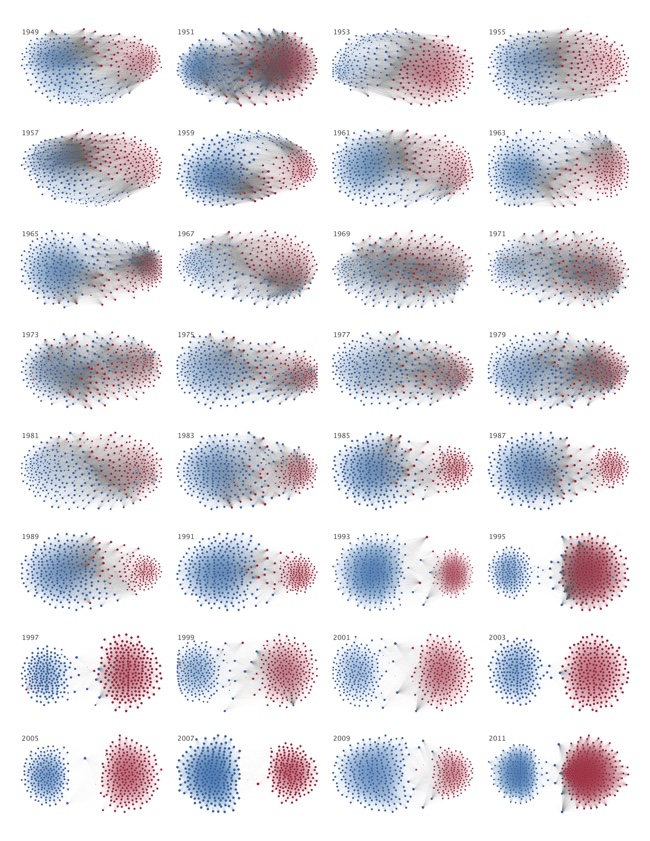 This infographic by Mauro Marino illustrates the partisan makeup of the US House of Representatives from 1949 to 2012. Each dot represents a member of the House and the colors obviously represent the party to which they belong. Connection lines indicated when two members voted alike and the thickness of the line represents how frequently they voted together during each two-year period.

A PDF version of this illustration is available on Mauro Martino’s site.

This video illustrates the partisan divide over the years via animation.