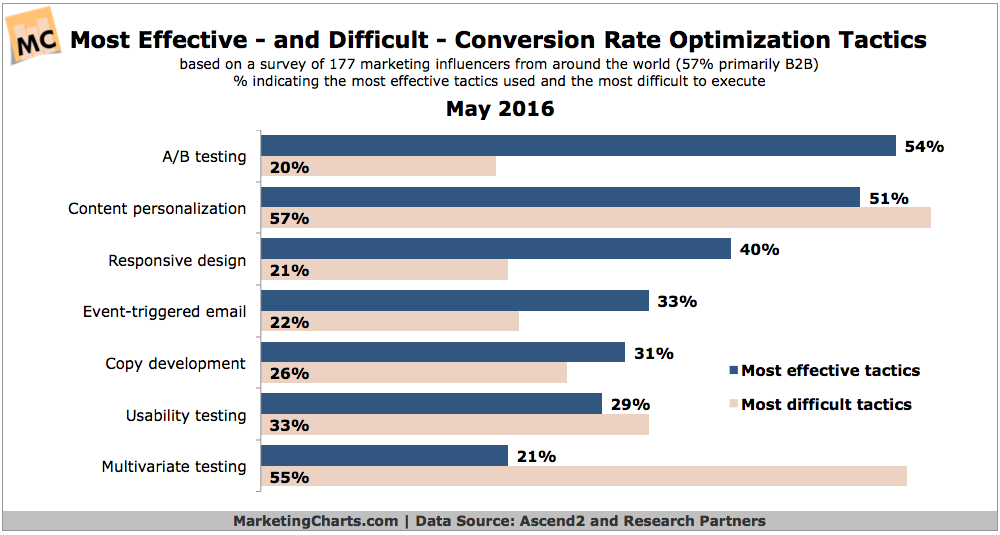 Getting started with conversion rate optimization (CRO)? A/B testing should probably be the first port of call, according to a survey of 177 marketing influencers by Ascend2 and its Research Partners. Not only did these respondents point to A/B testing as the most effective CRO tactic, but also as the easiest to execute.

A similar study carried out last year among predominantly European company marketers – by Econsultancy and RedEye – likewise found that A/B testing was the second-most valuable CRO method (behind customer journey analysis) and the second-easiest to execute.