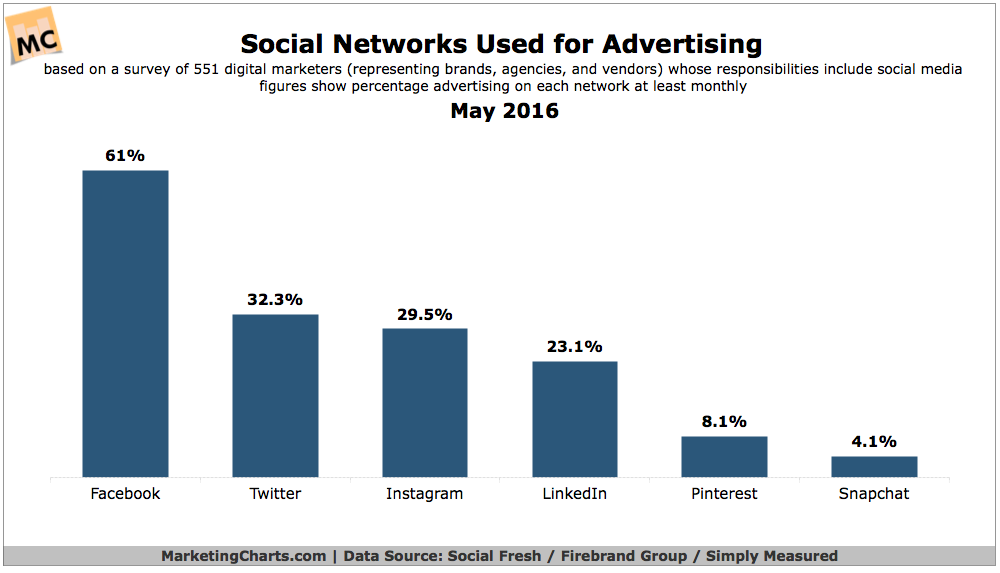 Facebook is easily the most popular social channel for advertising, but Instagram seems to be gaining on more mature offerings, according to a new survey. The Social Fresh study – produced in collaboration with Firebrand Group and Simply Measured – found about 3 in 10 digital marketing respondents saying they advertise on Instagram at least once a month.

That leaves it only slightly behind the proportion (32.3%) who said they’re advertising on Twitter with that frequency.

In its Q1 2016 earnings release, Facebook noted that more than 200,000 businesses advertise on Instagram each month [PDF], although that pales in comparison to the more than 3 million active advertisers on Facebook. Read the rest at MarketingCharts.com.