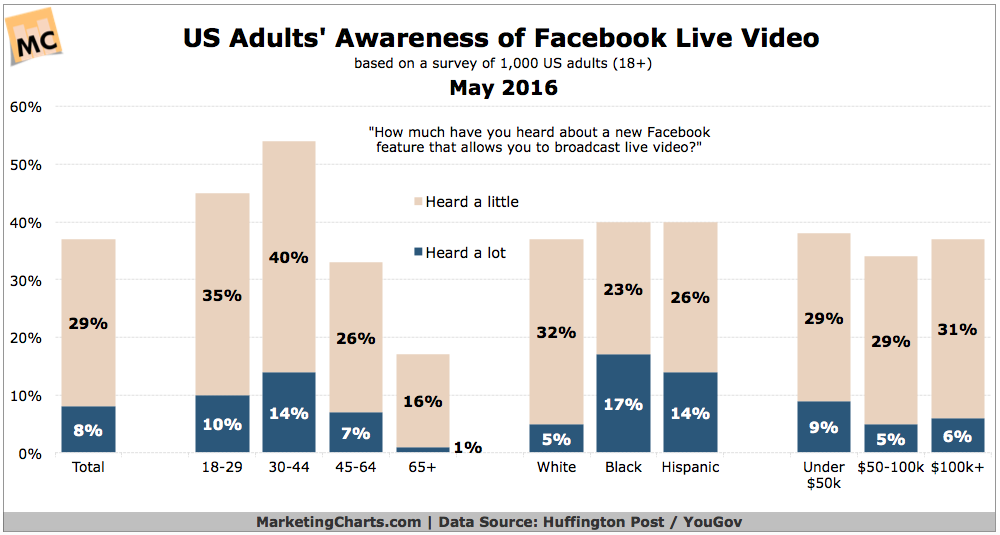 Some 37% of US adults have heard about Facebook’s new feature allowing them to broadcast live video, details YouGov in recent research [PDF] conducted for the Huffington Post. Notably, awareness (heard “a lot” or “a little”) was highest among the 30-44 age group (54%), followed by those under 30 (45%). The 30-44 bracket (14%) was also twice as likely as the adult average (7%) to say that they would broadcast live video of their life on Facebook.

Separate results from the survey indicate that adults are slightly more likely to be using Facebook less (28%) than more (25%) when compared to their usage last year. This pattern holds true across all age groups save for 30-44-year-olds, who are more likely to have increased (31%) than decreased (23%) their time spent with Facebook. Read the rest at MarketingCharts.com.