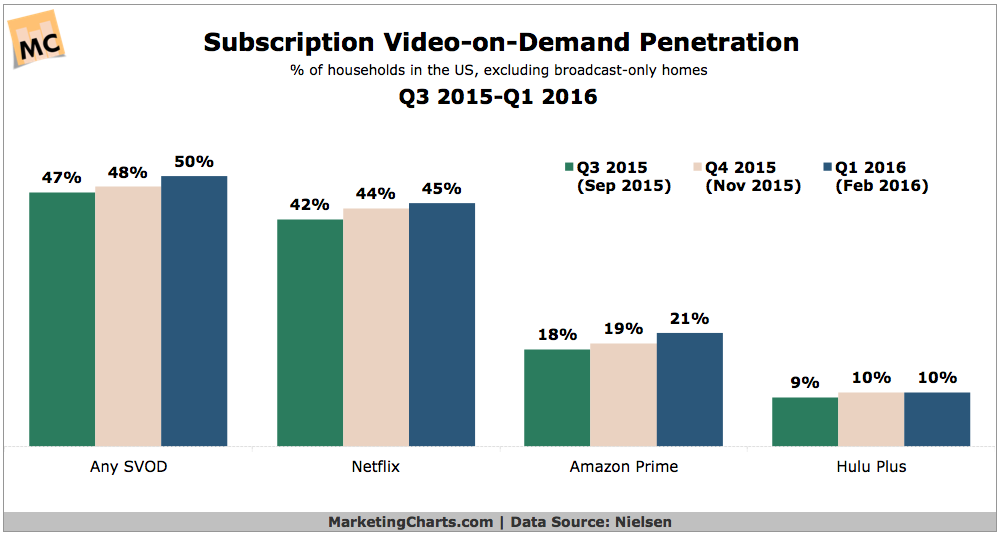 Exactly half of US households had access to a subscription video-on-demand (SVOD) service – such as Hulu, Amazon Prime or Netflix – as of February 2016, reports Nielsen. That’s up from 41% with access during the year-earlier period, as Netflix continues to lead with 45% penetration in the latest count. Portland and Washington, DC each have the highest SVOD penetration (60%) of local markets, though Philadelphia (+14% points year-over-year) has seen the fastest increase.

Meanwhile, Portland (54%) and Boston (53%) have the highest Netflix penetration, while Washington, DC (35%) leads for Amazon Prime and Atlanta and Portland (each at 14%) top all local markets for Hulu Plus penetration. Read the rest at MarketingCharts.com.