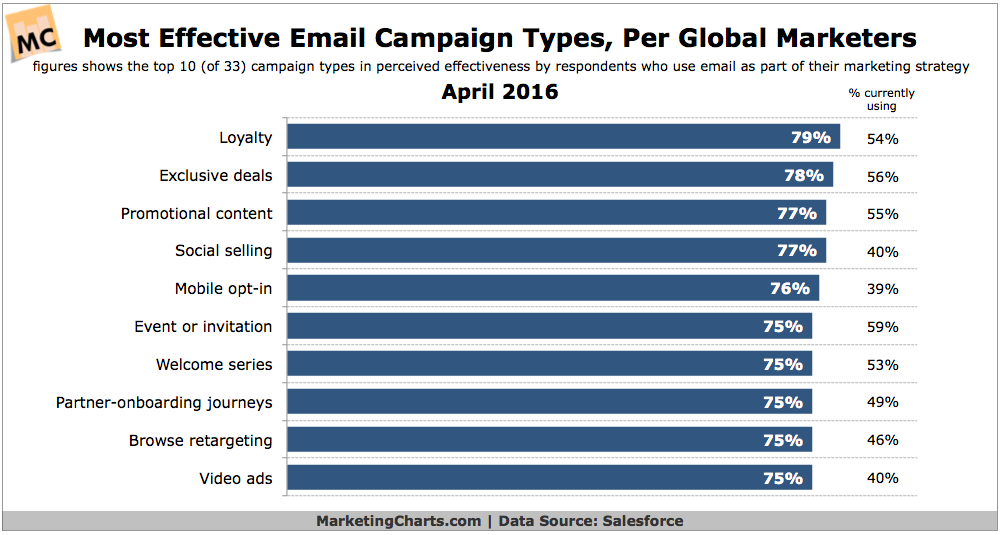 The most commonly used email campaign types aren’t always the most effective, according to a Salesforce survey of almost 4,000 marketing leaders worldwide. Loyalty and exclusive deal campaigns, both in the top quartile of campaigns by usage, were rated as the most effective by their users, but were closely followed in perceived effectiveness by social selling and mobile opt-in campaigns, both of which are in the bottom rung in terms of current usage. Read the rest at MarketingCharts.com.