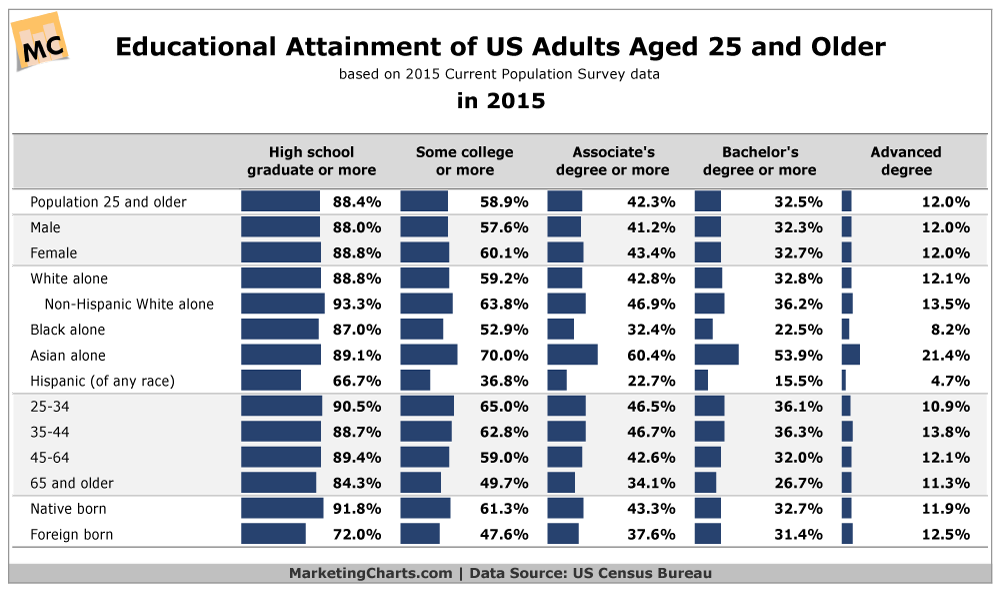 Some 88.4% of US adults aged 25 and older are high school graduates, and almost one-third (32.5%) have at least a Bachelor’s degree, according to a new report from the Census Bureau that’s based on the 2015 Current Population Survey. Of note is the conspicuously high rate of educational attainment among Asian-Americans, of whom 53.9% have at least a Bachelor’s degree and 21.4% an advanced degree (compared to 12% of the 25+ population). Read the rest at MarketingCharts.com.