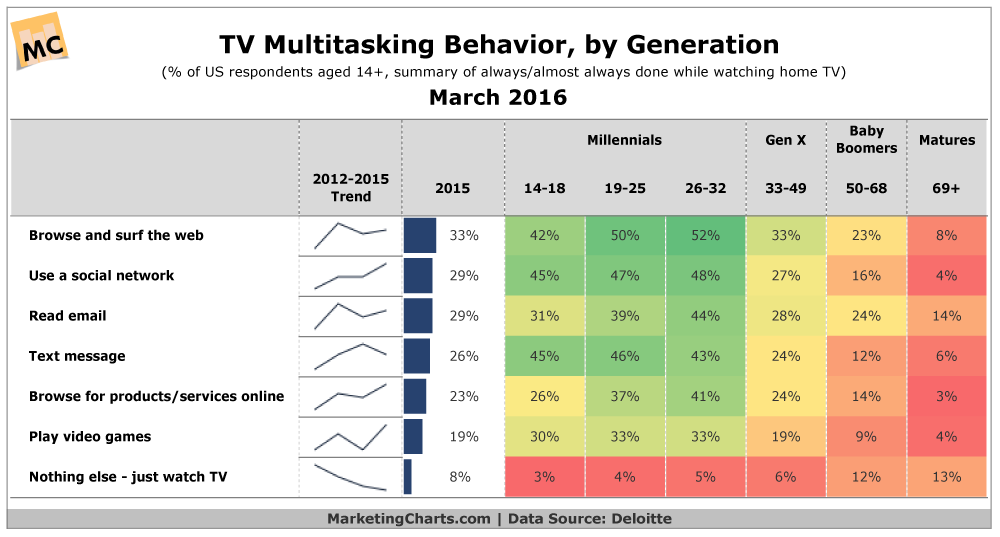 More than 9 in 10 US consumers aged 14 and older say they typically multitask while watching TV, up from about 8 in 10 just 3 years earlier, reports Deloitte in its latest annual Digital Democracy survey. While multitasking is most common – and almost ubiquitous – among younger age groups, it’s also widespread among older generations, as more than 5 in 6 Baby Boomers and Matures report engaging in other activities while watching TV.