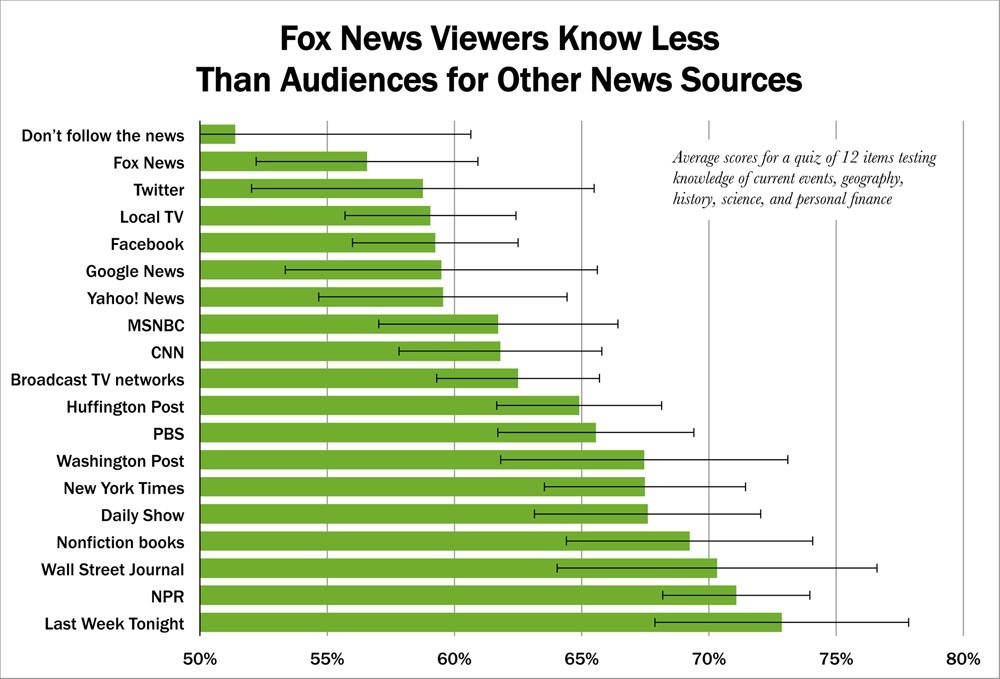 Fox News viewers scored the lowest of over 30 popular news sources (though Fox viewers did at least score better than those saying they didn’t follow the news). The chart’s horizontal black lines with tick marks indicate the margins of statistical error. Last Week Tonight with John Oliver, a news satire, had the best-informed viewers.

Stereotypes aside, it’s not that Fox News viewers live in a bubble and get all their news from that one source. The average Fox viewer listed 4.5 other sources of news they regularly followed. Many also got news from the major broadcast networks, Facebook, and the liberal news channel MSNBC. Nevertheless, those who listed Fox News as one of their news sources had overall lower levels of knowledge on the factual questions.

The Fox News effect is a correlation. It doesn’t prove that watching Fox News causes people to be ill-informed. Read the rest at Quora.