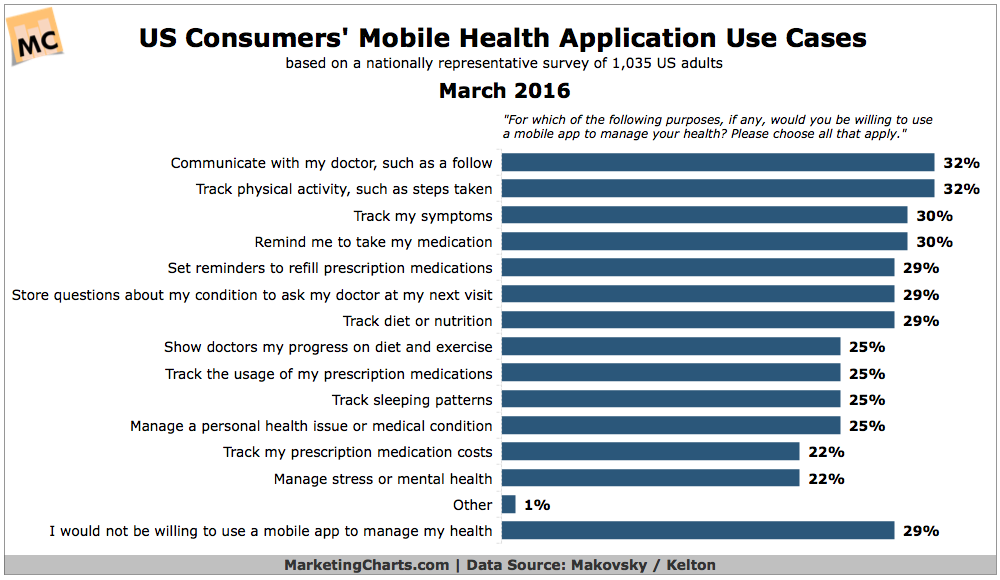 Some 71% of US consumers would be willing to use a mobile app to manage their health, per results from a Makovsky survey. The most common reasons given are to track physical activity, such as steps taken (32%) and to communicate with a doctor (32%), though medication reminders (30%) and tracking symptoms (30%) are also important.

Among those respondents willing to use a mobile app to manage their health, the largest share had downloaded cardio and fitness apps (32%) in the prior 12 months, followed by weight management apps (25%) and diet apps (21%). Symptom checkers (17%) and medication or condition management apps (10%), for which consumers appear to show a preference, had been downloaded by relatively fewer. Read the rest at MarketingCharts.com.