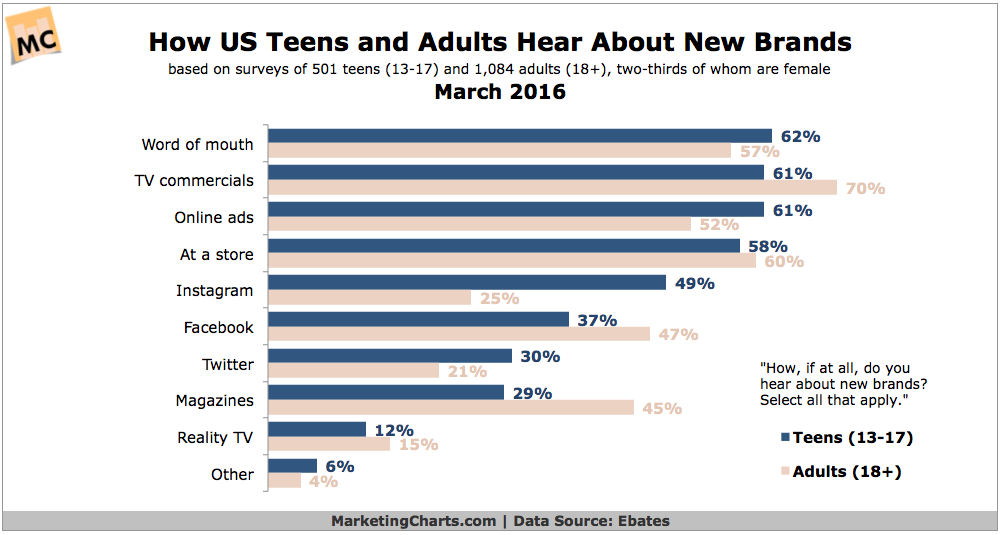 Word-of-mouth (62%) edges TV ads (61%) and online ads (61%) as the leading way by which teens hear about new brands, according to a new retail-oriented survey from Ebates. The results indicate that while physical stores (58%) are among the leading methods of brand awareness for teens, social media also has a significant role to play.

Indeed, about half (49%) of teens respondents to the survey reported having heard about a new brand from Instagram, with this platform considerably ahead of both Facebook (37%) and Twitter (30%). While the study did not net the results for social media as an overall medium, the sizable proportions for each specific platform suggest that social media in the aggregate would be one of the leading brand discovery vehicles for teens. It’s worth noting that two-thirds of the respondents are female, which may influence the results, as women are consistently ahead of men in social media adoption. Read the rest at MarketingCharts.com.