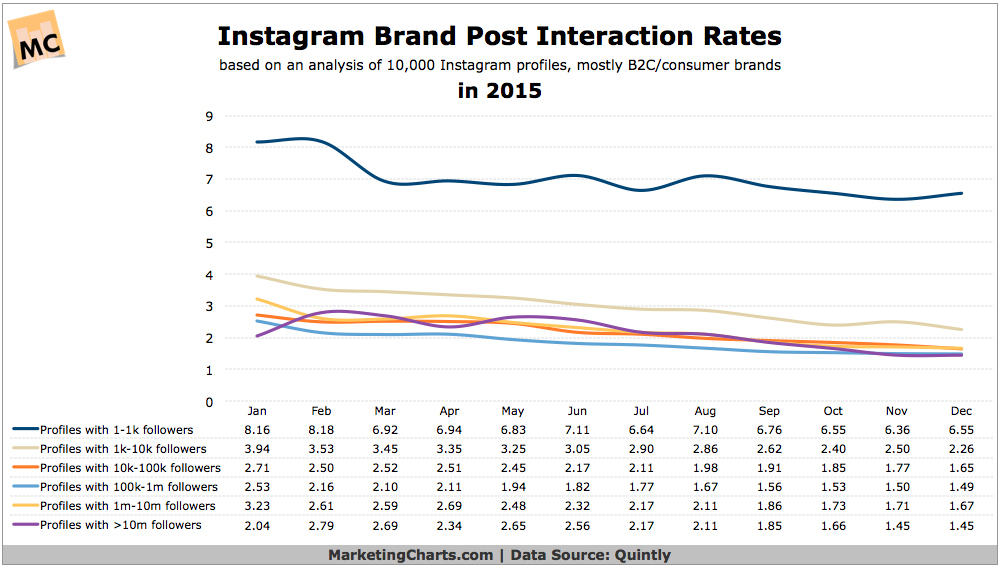 While brands gradually increased their daily number of Instagram posts in 2015 (from an average of 0.89 in January to 1.04 in December), their interaction rates declined from an average of 4.96 to 3.1, reports Quintly, based on an analysis of 10,000 Instagram profiles (mostly B2C brands). The company attributes the decline to increasingly crowded timelines and a large increase in followers, as the profiles analyzed saw double-digit growth in followers per month throughout the year.