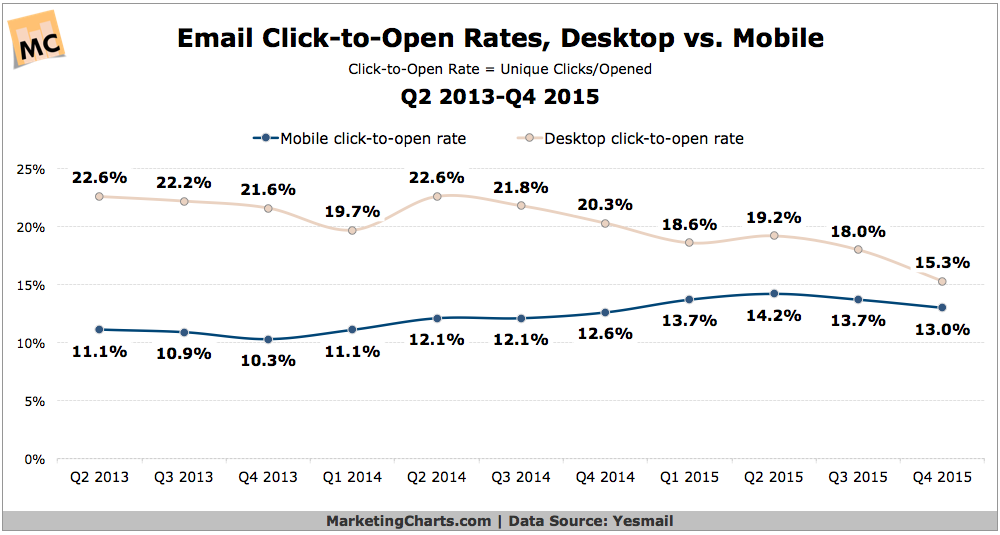 Email click-to-open (CTO) rates on mobile devices are continuing to close the gap with desktop rates, reports Yesmail in its latest quarterly report on email behavior. This convergence appears to be more the result of declining desktop rates than a recent boost in comparative mobile rates, though the latter have increased on a year-over-year basis for several quarters now.

Improved mobile CTO rates are important for email marketers given that mobile devices have accounted for the majority of email opens for some time. As a result of the convergence in click-to-open rates, mobile devices accounted for almost half (49.2%) of all email clicks in Q4, up from 40.6% a year earlier, per Yesmail’s data. Additionally, mobile devices comprised more than one-quarter of all email-driven revenue and more than 30% of all email-driven orders, with these figures representing 13% and 9% year-over-year growth, respectively. This is an interesting trend, particularly as email marketing is one of the largest purchase influencers for US consumers. Read the rest at MarketingCharts.com.