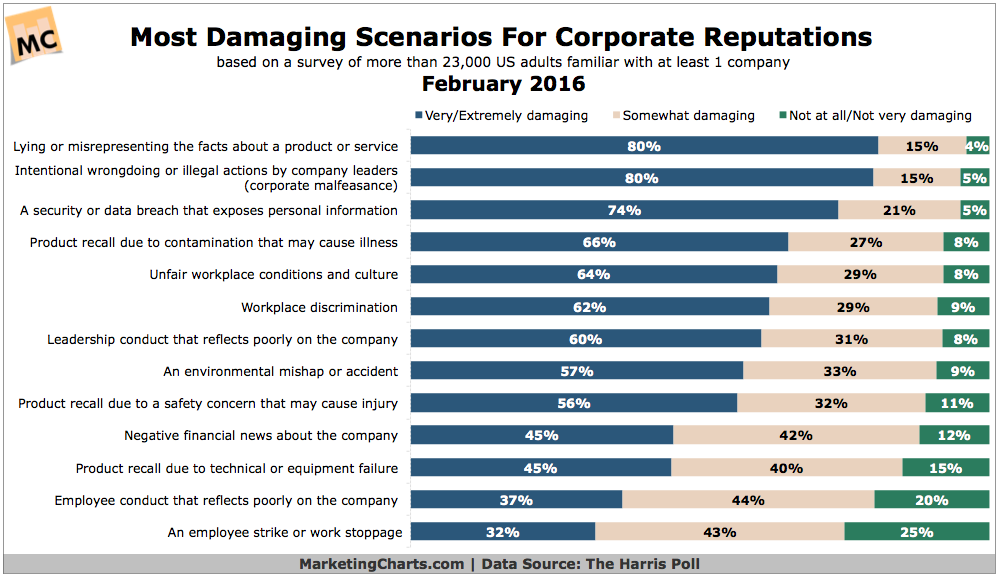 More than one-third (37%) of US adults have decided not to do business with a company because of something they learned about how the company conducts itself, and that figure rises to 57% among “opinion elites” who are more informed, engaged and involved in current issues and who exert influence on the general public. That’s according to the latest annual Harris Poll RQ, which outlines the most damaging scenarios in consumers’ minds.

The most damaging scenarios, per respondents, are:

It’s interesting to see that dishonesty is as damaging as intentionally breaking the law. Numerous studies have shown that for consumers, honesty is one of the most important attributes for a brand to display and embody. Read the rest at MarketingCharts.com.