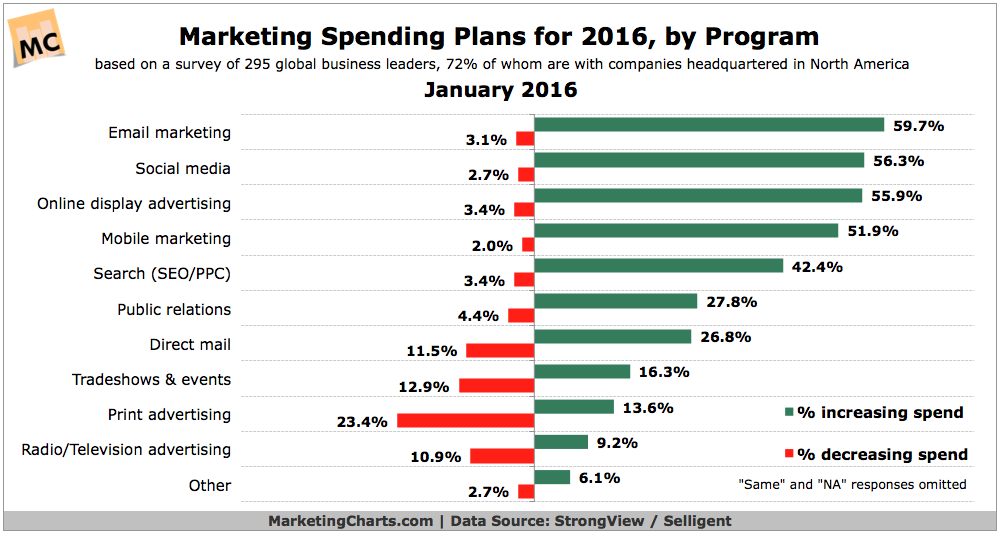 Business leaders are once again confident in the general direction of their marketing budgets this year, report Selligent and StrongView in newly-released survey data [PDF], as 56% of respondents expect to increase their budgets. Email appears to be a primary recipient of increased budgets, according to the StrongView report and a separate study [PDF] from Campaigner.

Indeed, 6 in 10 respondents reported planning to increase their email marketing spending this year, the broadest consensus of the all the channels measured. Closely following were social media (56.3% increasing spend) and display advertising (55.9%), with mobile marketing spend also expected to climb for a slight majority (51.9%) of respondents. These are the for the most part more buoyant expectations than found in last year’s survey, in which only one channel (email) was slated for an increase by a majority of respondents. Read the rest at MarketingCharts.com.