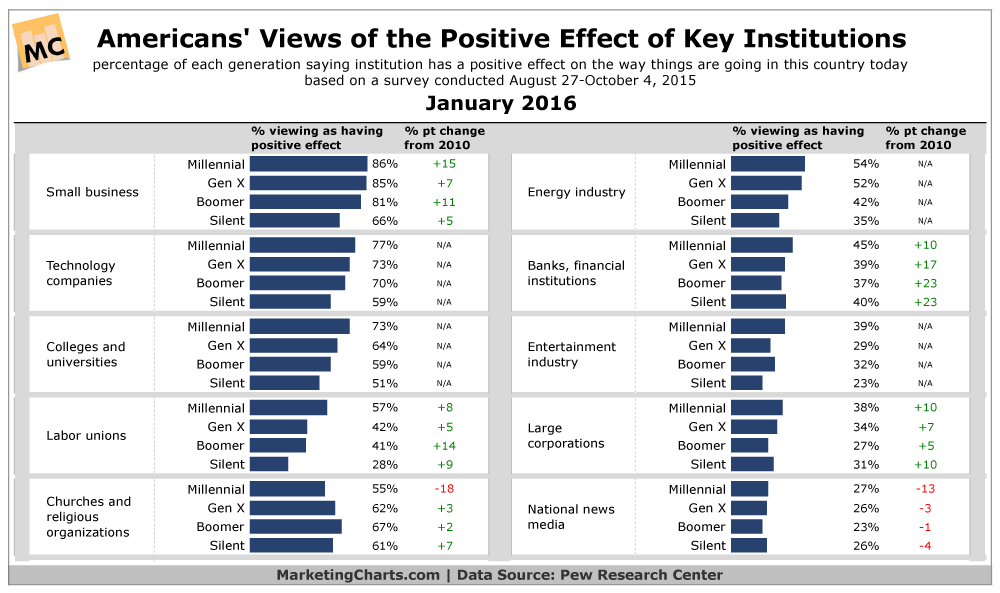 In some cases, there are marked variations in the views that American generations have of key institutions in the US, according to a new survey analysis from the Pew Research Center. For example, Millennials (86%) are considerably more likely than members of the Silent Generation (66%) to see small business as having a positive effect on the way things are going in the country today.

Interestingly, Millennials’ views on small business’ positive effect have improved substantially this decade, up 15% points since 2010.