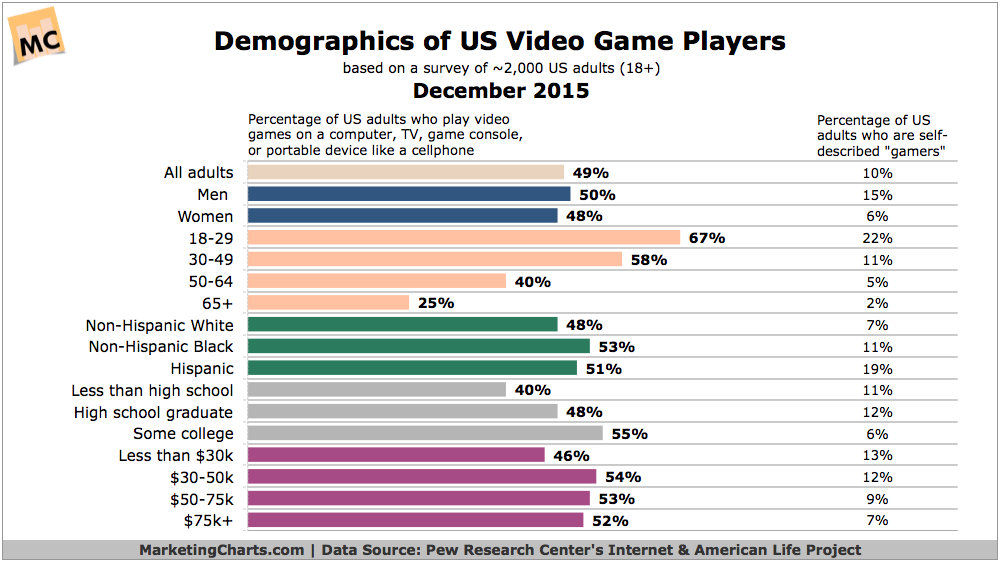 Almost half (49%) of American adults say they play video games on a computer, TV, game console or portable device (such as a cellphone), per results from a Pew survey. Interestingly, the variation in game playing is not too sizable when sorting by gender, race/ethnicity, and household income, although youth are far more likely than older adults to say they play games. When it comes to those who play games and self-describe as “gamers,” though, there are much larger differences by demographic group.

For example, men (15%) are more than twice as likely as women (6%) to say the term “gamer” describe them well. Hispanics (19%) are more than twice as likely as non-Hispanic whites (7%) to say the same, while those with lower levels of education and lower household income are above-average in this regard. The age gap is also much greater, with the 18-29 bracket 11 times more likely than those aged 65 and older to self-describe as “gamers” (22% and 2%, respectively). Read the rest at MarketingCharts.