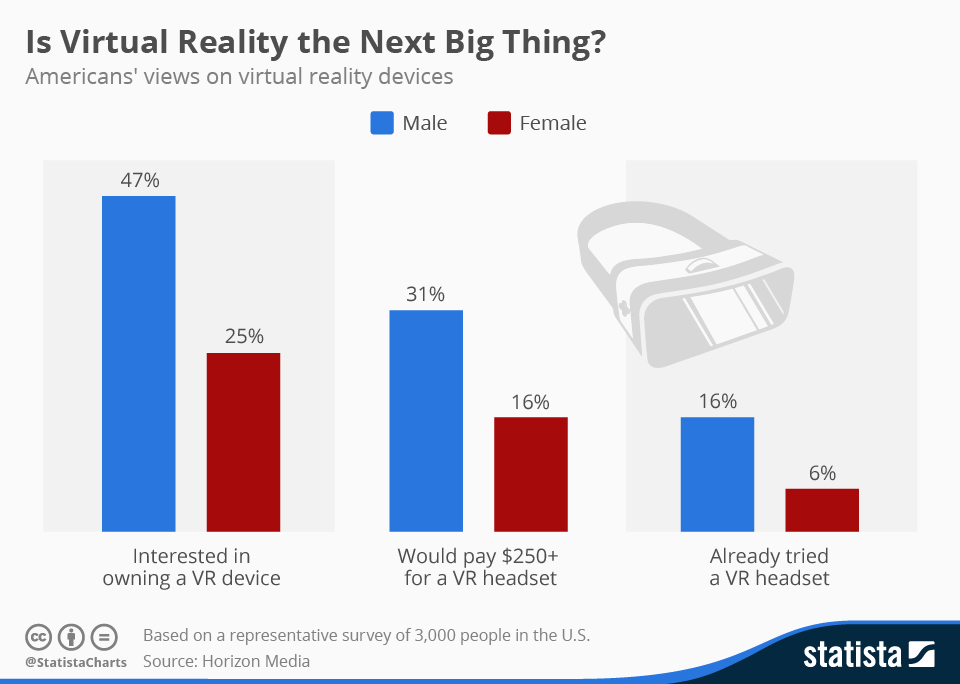 While virtual reality has been willingly adopted as the next big thing by the media, there remains some doubt about the technology’s mass appeal. A recent survey by Horizon Media does little to refute the skepticism surrounding virtual reality’s potential to become a mainstream hit.

According to the findings, 36 percent of consumers in the U.S. are interested in owning a VR device. However, no more than a quarter of the respondents would be willing to spend more than $250 on it. Considering the fact that Sony’s PlayStation VR headset is already on the cheaper side with its $399 price tag, it remains doubtful how many buyers the futuristic devices will find outside the hardcore gaming demographic. Read the rest at statistia.