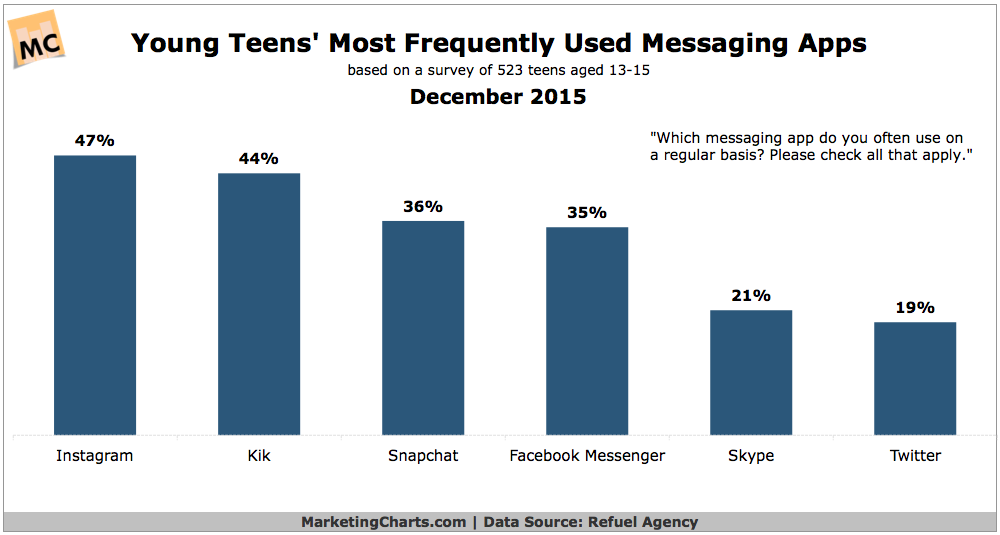 Instagram (47%) and Kik (44%) are the messaging applications that young teens are most apt to often use, according to results from a Refuel Agency survey of more than 500 teens aged 13-15. Both appear to be used frequently by more young teens than Snapchat (36%) and Facebook Messenger (35%).

Interestingly, despite its strong skew towards youth, Snapchat appears to be more popular among older (16-19) than younger teens. In a separate question which asked the full sample of more than 1,200 respondents (13-19) to cite the sites or apps they spend the most time on, both Facebook (58% vs. 38%) and Snapchat (42% vs. 33%) were indicated more often by the older than younger set.

By contrast, younger teens were more likely than their older counterparts to say they spend most of their time on YouTube (73% vs. 60%) and Instagram (46% vs. 43%). Read the rest at MarketingCharts.