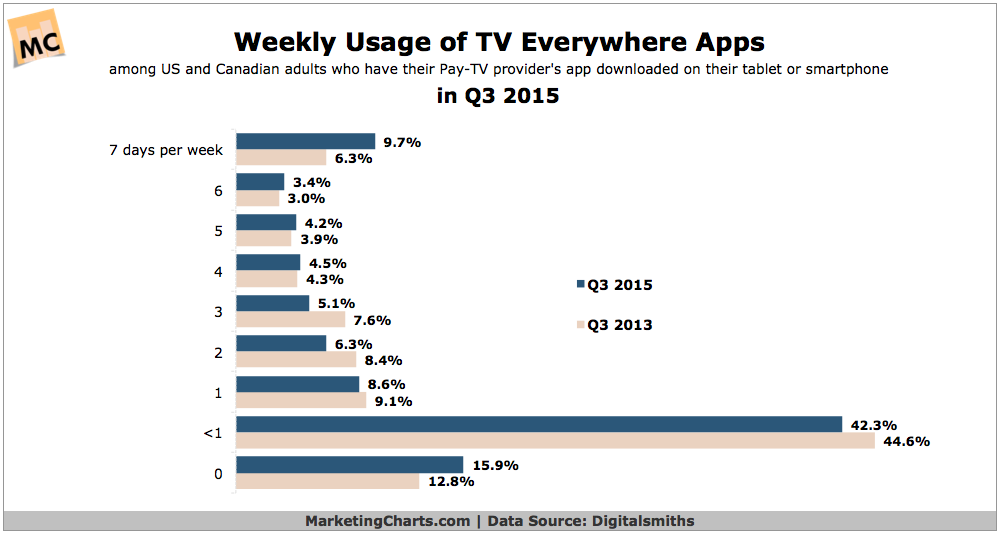 Some 43.1% of US and Canadian adults are aware that their pay-TV provider offers TV Everywhere, according to the latest quarterly report from Digitalsmiths covering Q3. That represents an increase from 34.6% aware in Q3 2013, with a corresponding increase (from 19.6% to 23.9%) in the percentage of respondents who report having their provider’s app downloaded on their tablet or smartphone.

Though the growth in awareness and app downloading is modest at best on a year-over-year basis, there appears to be a gradual rise in consumption among those who have downloaded the apps. During this past quarter, for example, almost 1 in 10 (9.7%) said they use the app every day. That’s up from 8.5% last year and 6.3% the year before, indicating a rising level of comfort with the viewing method. At the same time, a slightly larger percentage this year (15.9%) report never using the app they downloaded, so it may be that the increase in usage is limited to those who are already heavy users. Read the rest at MarketingCharts.