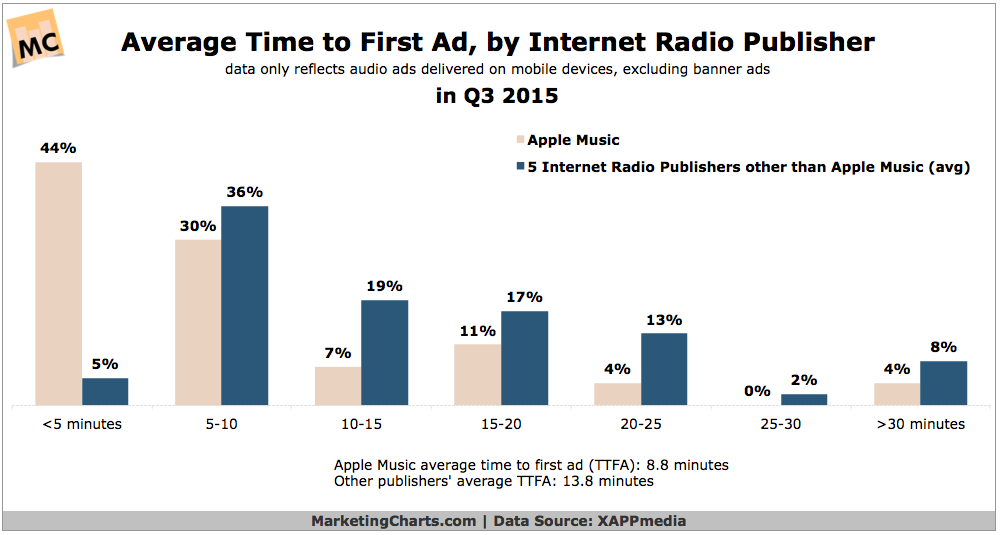 Internet radio listeners spent about 14 minutes on average listening to music before hearing their first ad during Q3 2015, per XAPPmedia’s latest Internet Radio Ad Load Report. That includes 41% hearing an ad within the first 10 minutes of listening, up from 32% the prior quarter. By comparison, the newly-launched (as of Q3) Apple Music served an ad within 10 minutes for about three-quarters of sessions, for an average of slightly less than 9 minutes of listening before the first ad. Read the rest at MarketingCharts.