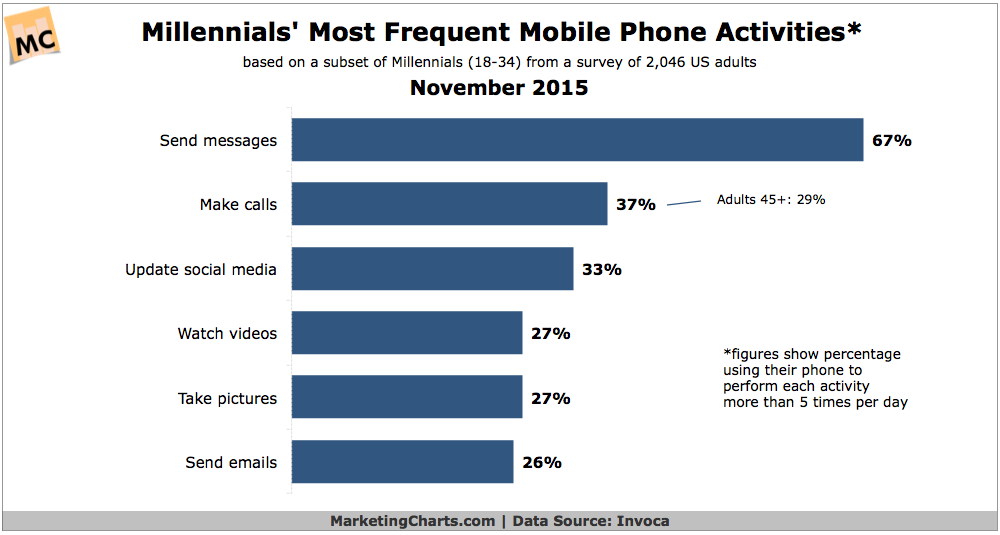 Some 58% of American adults consider themselves addicted to their phone, and that figure rises to 76% among Millennials (18-34), finds Invoca in a recently-released study. The report shows that amid the numerous activities being performed on phones, calls remain popular – and frequent.