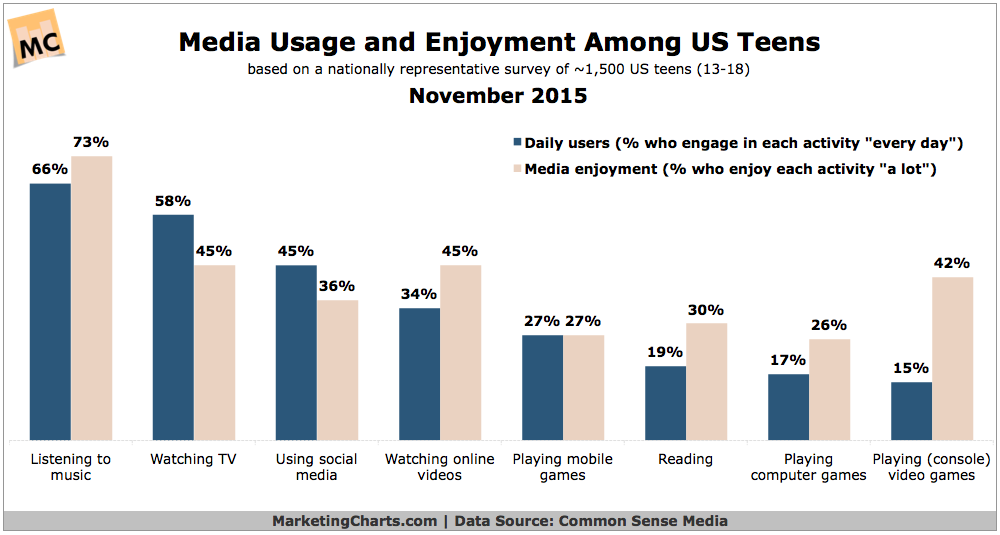 Teens (aged 13-18) in the US spend roughly 9 hours per day with media, including more than 6-and-a-half hours with screen media, reports Common Sense Media in a new study. Listening to music and watching TV emerge as the most frequent media activities among this demographic, though TV takes a backseat to video games among favored activities.

The study is based on a nationally representative survey of more than 2,600 tweens (8-12) and teens (13-18), with teens representing slightly more than half of the respondents. Among these teens, almost two-thirds (66%) report listening to music every day, with a majority (58%) also watching TV on a daily basis. Somewhat surprisingly, fewer than half (45%) say that they use social media every day, with online video viewing (34%) and mobile game playing (27%) further behind. Read the rest at MarketingCharts.