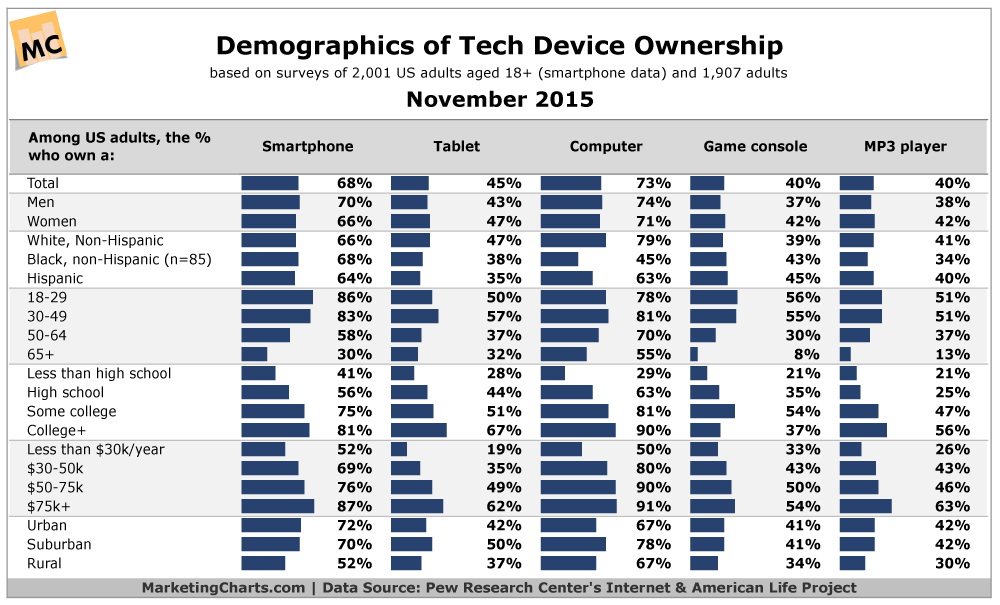 Slightly more than two-thirds of American adults (68%) now own a smartphone, representing a rapid rise from about half that proportion (35%) in mid-2011, details the Pew Internet & American Life Project in a recent study [PDF]. Tablet ownership has also been on a rapid upward trajectory, increasing from 3% of American adults in 2010 to 45% this year. So who owns these devices?

Not surprisingly, smartphone ownership is highest among youth, with 86% of 18-29-year-olds reporting ownership of a smartphone, although 30-49-year-olds (83%) are close behind. A majority (58%) of 50-64-year-olds also own a smartphone, though adoption falls to 30% among those aged 65 and up. Read the rest at MarketingCharts.