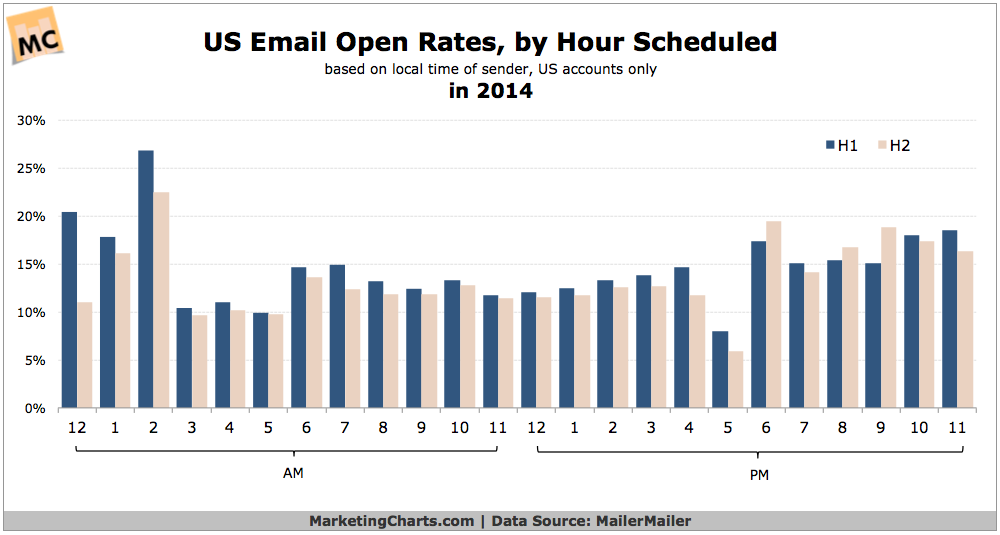 MailerMailer has released its latest annual “Email Marketing Metrics Report” analyzing data from almost 1.2 billion opt-in newsletters. Although there continues to be some debate as to usefulness of timing studies (and these efforts should always be based on an individual list’s performance), it’s interesting to look at general trends based off a large sample.

It’s interesting to see, in reviewing subscribers’ email open behavior by time of the day, that there appears to be almost an inverse relationship with the above data. While emails scheduled in the evening hours tended to lead to the best email open rates, emails were actually opened at a much higher rate during the workday than during those evening hours. Recipients were (understandably) least likely to open emails from 1-3AM, with likelihood of opening rising steadily from those hours before peaking at 10-11AM. Open rates then gradually descended until their low in the early morning hours. Read the rest at MarketingCharts.