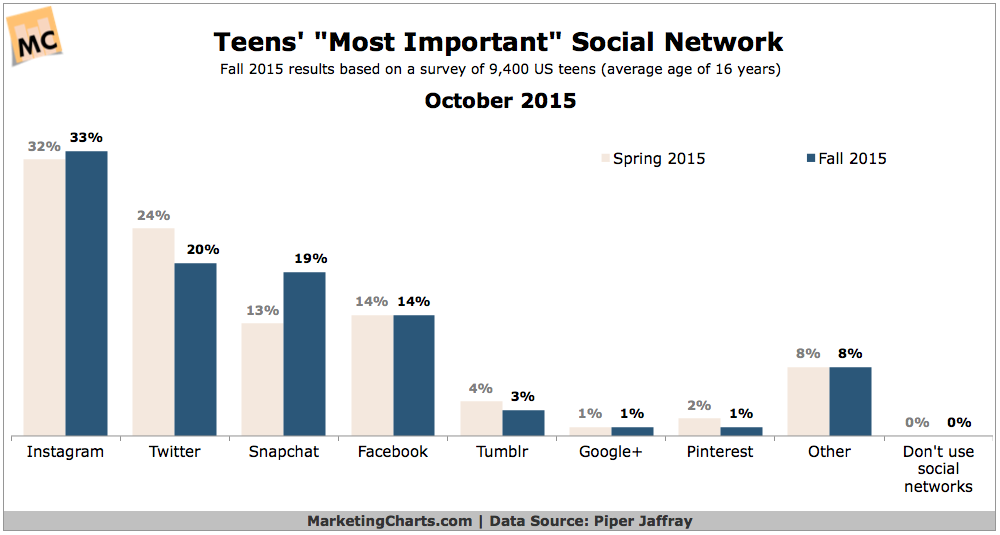 Instagram continues to be at the top of the heap when it comes to teens’ most important social networks, details Piper Jaffray in its latest semi-annual “Taking Stock With Teens” report. While Instagram remains popular with teens, Twitter’s influence appears to be declining, and it is now challenged by Snapchat.

According to the results from Piper Jaffray’s survey, one-third of teens name Instagram their most important social network, up slightly from the prior edition. Twitter – which was briefly teens’ favorite network in late 2013 – was cited by 20% of teens, down from 24% in the previous survey. As such, Twitter is now rivaled by a rapidly-growing Snapchat, which was cited by 19% of respondents as their most important network, up from 13%. Read the rest at MarketingCharts.