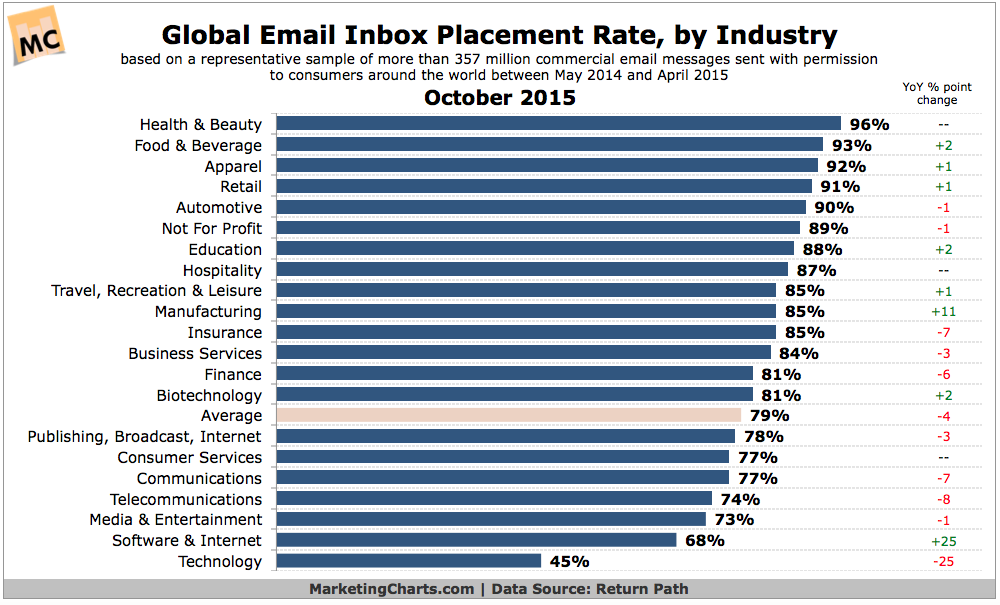 Some 21% of permission emails from legitimate senders around the world failed to reach the inbox during the year-long period from May 2014 to April 2015, up from 17% during the previous year-long period, according to Return Path’s latest study on this topic. The average inbox placement rate in the US saw a sharp decline from 87% to 76%, meaning that almost 1 in every 4 commercial emails in the US fails to reach the inbox. Read the rest at MarketingCharts.