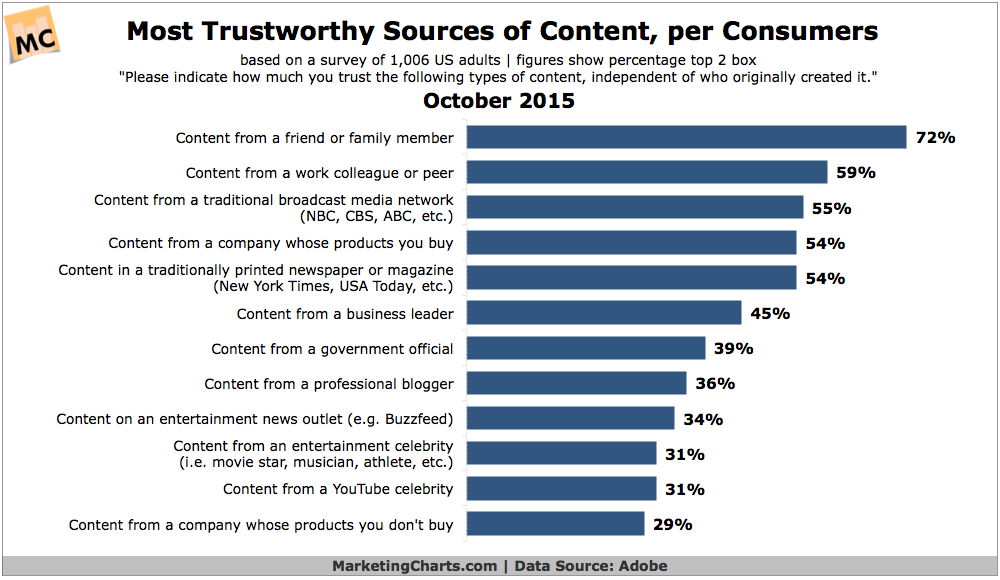 A slight majority (53%) of US consumers agree that, compared to 5 years ago, there is too much content out there, and 45% wish they could frequently “unplug” from all content and devices. While most feel that content has become easier to create and more visual, levels of skepticism regarding the authenticity of content are running high, according to a recent study [PDF] from Adobe.

The only content forms that a minority will question are photos and videos posted by peers. As such, content shared by friends and family members (72%) and content shared by a work colleague or peer (59%) – independent of who created the content – are the most trusted, according to the study.

Few other content sources earn trust from a majority of respondents. Only a slight majority trust content from a traditional broadcast media network (55%), from a company whose products they buy (54%), or from a traditionally printed newspaper or magazine such as the New York Times (54%). These findings are backed by recent survey results from Gallup, which show trust in mass media dropping to a record low. Read the rest at MarketingCharts.