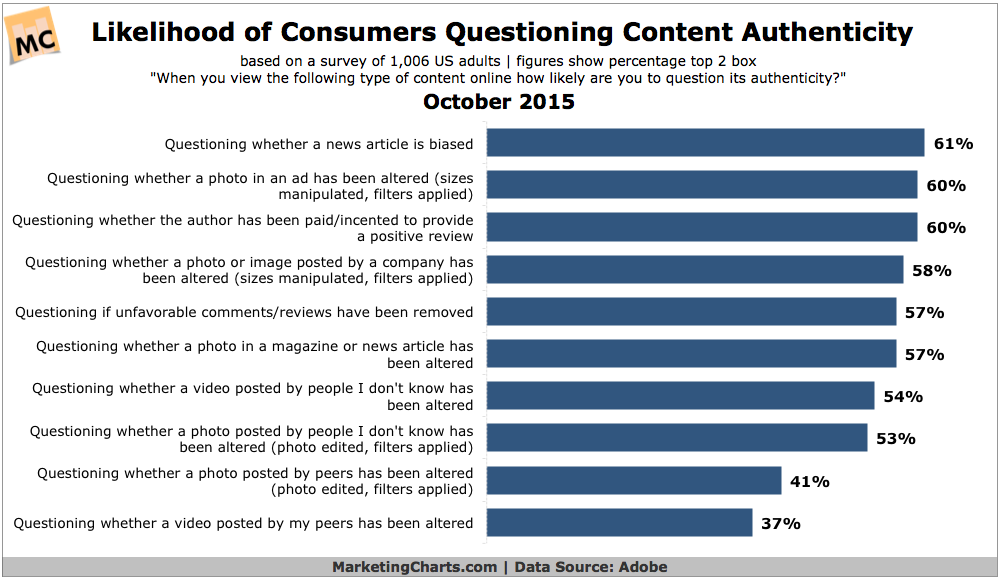 A slight majority (53%) of US consumers agree that, compared to 5 years ago, there is too much content out there, and 45% wish they could frequently “unplug” from all content and devices. While most feel that content has become easier to create and more visual, levels of skepticism regarding the authenticity of content are running high, according to a recent study [PDF] from Adobe.

Indeed, a majority of adults report being likely to question the authenticity of a variety of forms of content, including:

Similarly, a majority are likely to question the authenticity of photos and videos posted by people they don’t know, among other forms of content. Read the rest at MarketingCharts.