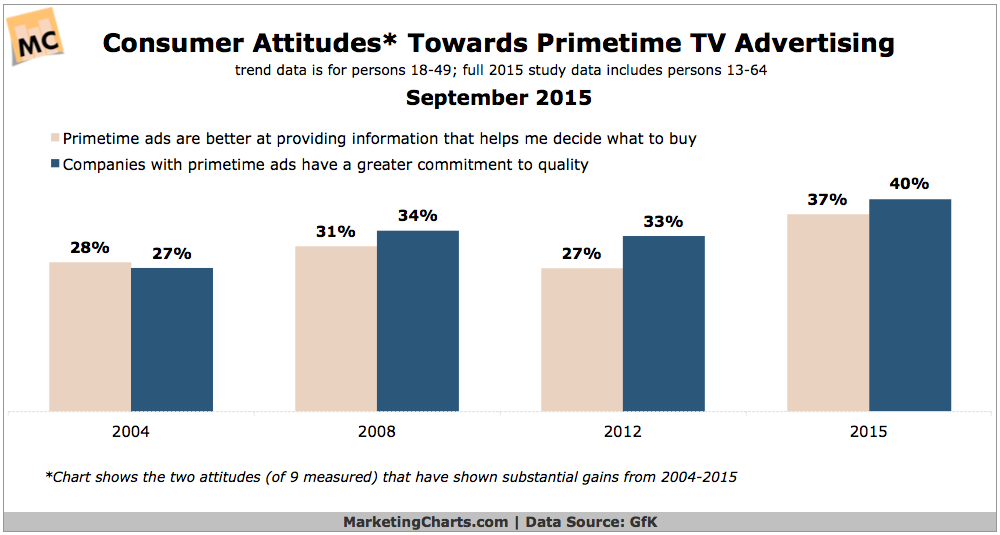 Planned viewing of TV programs during primetime has reached a new high, while program switching is at a new low, reports GfK in a recent study. While watching a program on a TV network remains the most common use of a TV set during primetime, more viewers are watching recorded programs and streaming video. So what about engagement across those viewing methods?

Interestingly, the survey of consumers aged 13-64 finds that the proportion of primetime TV viewing segments that includes another activity is consistent across traditional linear TV (69%), DVR recordings (70%) and online streaming through a TV (71%). The most common activities performed during primetime TV including talking with others in person or on a phone and using the internet (offering a good reason why a recent study [PDF] correlates TV advertising with web traffic spikes). Read the rest at MarketingCharts.