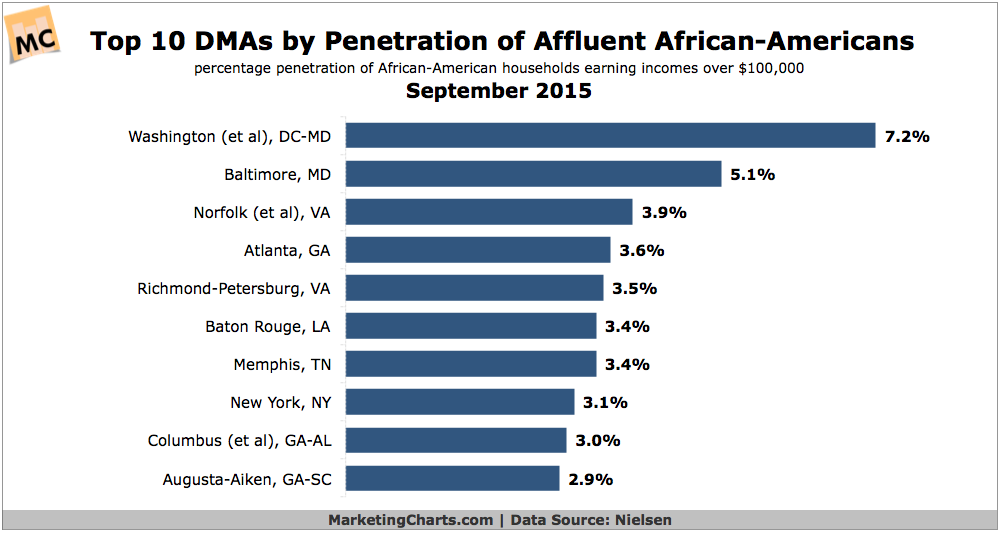 African-Americans are increasingly affluent, educated and diverse, reports Nielsen in a recent study entitled “African-American Consumers: The Untold Story.” The study demonstrates that African-American population growth has outpaced the total population since the turn of the century, and that the share of the Black population represented by immigrants has tripled from 1980 to now (8.7%).

African-Americans are outpacing Whites and Hispanics in the percentage of high school graduates enrolling in college and in income growth rates, according to third-party data cited in the report. The greatest increase between 2005 and 2013 has occurred for African-American households earning more than $200,000 per year, and increases in household income are projected to continue. Read the rest at MarketingCharts.