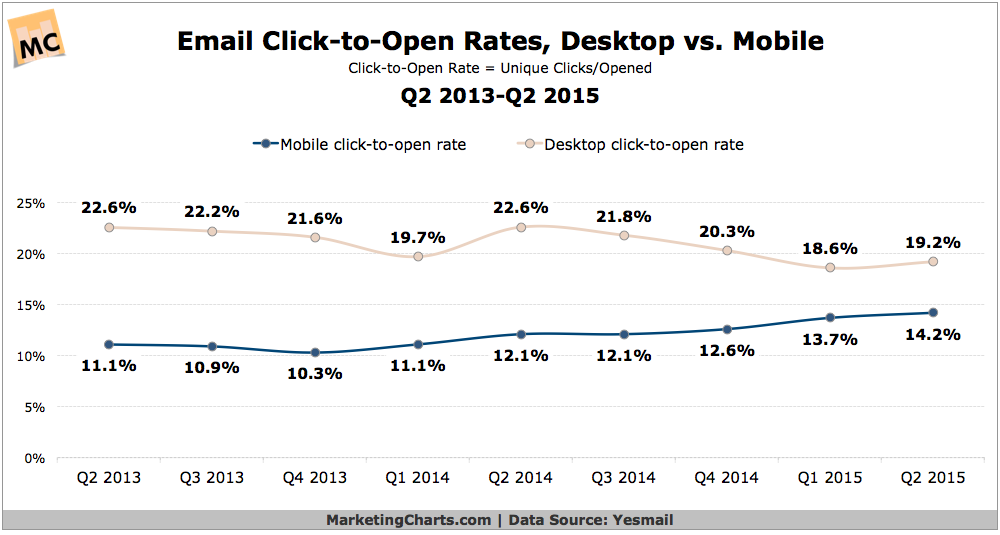 Mobile devices have represented the majority of email opens for some time now, but studies have shown that PC users tend to click more than mobile users. That may now be changing, according to the latest quarterly report from Yesmail.

The study demonstrates that what had been a wide gap in click-to-open (CTO) rates between mobile and desktop users has shrunk this year. For the better part of the past 2 years, mobile click-to-open rates were roughly 50% lower than comparable rates on desktops, but that gap has halved in recent quarters. That’s the culmination of a trend that has seen mobile CTO rates grow by almost 30% over the past 2 years, while desktop CTO rates have declined by 18%.